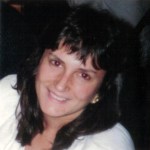 Eons ago I dated someone who went into a freakily depressive funk that started every October and lasted until mid-February. Not only was he subject to lethargy, weight gain and extreme despair but he would also become paranoid, quick-tempered and even quicker to accuse everyone around him of being untruthful. While some of this bizarre behavior could be attributed to the fact he was a descendant of the Mary Todd Lincoln gene pool (cue The Twilight Zone music), he was finally diagnosed as having Seasonal Affective Disorder – a condition experienced by approximately six percent of the U.S. population, primarily those who live in northern climates. I hadn’t thought about this for years but was reminded of it when I recently discovered author Lasher Lane’s compelling new book, Deadlight. In this work of literary fiction, the story’s haunted narrator, Henry, struggles with sanity, wondering if his friend’s fatal bet was a stunt for attention or suicide…and if “solar deprivation” might be to blame.

Q: Little did anyone suspect back at Westchester Square Hospital in the Bronx that your birthdate marked the debut of a future author! When did you first know that being a writer was in your blood?

A: At six years old I was struck by a car, leaving me bedridden for months due to a serious head injury. As I was healing, for some odd reason I had the strong desire to write poetry, but as soon as I was able to return to school and friends, excepting written homework assignments, I put the poetry aside.

Q: Were you a voracious reader growing up?

A: No, not until I married and told my husband of thirty years, a voracious reader himself, that I’d like to write a novel about my childhood town, to which he said, “You don’t read enough authors to write.” So for the past thirty years I’ve been reading a few pages from ten to twelve books a night to get a sense of different styles. Of course, it takes a while that way, but I do eventually finish the books!

Q: Did writing come easily to you in school or was it something you had to work hard at?

A: While I dreaded math tests in school, I looked forward to the weekly lists of spelling words and essay/book report assignments. I’ve loved words for as long as I can remember, but I feel writing will always be a learning process for me.

Q: Who were some of your favorite authors that not only captivated you but also may have had an influence on your own storytelling style?

A: T.C. Boyle for his Tortilla Curtain, Darin Strauss for Chang and Eng and Jan Yoors for The Gypsies. They are my three favorite books that have always stayed with me.

Q: If you could go to lunch with one of these people, who would it be, why would you choose him/her, where would you go, and what question would you most like to ask?

A: Sadly, Mr. Yoors has passed away, but I’d like to have met all three separately! I’d like each author to choose a place for lunch in any California, North Carolina or European setting from their novels. I’d imagine the writing came easiest to Mr. Yoors, living alongside those he wrote about, but I would ask all three authors the same question: how they so deftly breathed life into their beautiful, but less than fortunate characters, especially Mr. Strauss, creating a personality/ego for each adult conjoined twin he’d never met.

Q: “Lasher” is an unusual first name. Is that your given name or a pen name?

A: Three characters from my novel, Russell Winterburn, Adelaide Leary, and Sterling Hilliard are actually combined street names from my town. While writing the story, I thought that Lasher Lane, where my childhood house still stands, sounded like it could be either male or female, so I used it as a pen name, hoping my novel would appeal to both sexes.

Q: Speaking of interesting names, what’s the meaning behind the title you chose for your debut novel?

A: My story takes place in and around a marina, and I chose the nautical term deadlight, which is a window or prism mounted flush in the deck of a ship to provide light below. The compound word seemed to work as a title since my story has a nautical setting, and it involves both death and light, or the lack of it…dead light.

Q: What was your inspiration to write Deadlight?

A: A New York times article that stated my “blue-collar mentality” town with its “sense of clannishness” suffered from “solar deprivation” and “collective psychic depression” from living in the shadow of the 200 ft. Palisades that served as a backdrop. The article has always haunted me and I wanted to incorporate those powerful sentiments into my story.

Q: Did you start with an outline or just listen to your muse as you went along?

A: I don’t usually use outlines, and most of the time, for whatever decade I’m writing about,  listening to the music of that era works as my muse and helps me to get ideas.

Q: What governed your decision to set the story in the 1960’s rather than present day?

A: Besides being my favorite decade, the town featured in my novel had a unique, gritty yet pastoral character in the Sixties. The author Joseph Mitchell even noticed and chose to write about the place in his short “The Rivermen.”

Q: You’ve indicated that this coming-of-age novel is part memoir. Why, then, is the protagonist a male and not a female?

A: Again, I wanted my story to appeal to both sexes, not just women.

Q: Elements of Mother Nature – water, wind, light – often serve in literary fiction as a metaphor for life’s multiplicity of challenges. Was this the case in Deadlight insofar as the inhibitions, trepidations, addictions and emotional growth of your characters over the course of the story?

A: With all of the town’s residents living under the cliffs and being hidden by their enormous shadow, in some ways the lack of light represents our invisibility and insignificance.

Q: How much research was involved, given the tie-in to solar deprivation?

A:  Living in the town for forty years, my research was experiencing the “solar deprivation” firsthand. I recently read about the Norwegian town of Rjukan that lives in darkness and is affected by Seasonal Affective Disorder for five months each year. They’ve installed 538-ft. mountaintop mirrors to reflect sunshine into the town. Although my town’s lack of light wasn’t nearly as severe, losing only two to four hours a day of sun definitely had a behavioral effect on us.

Q: Is your backdrop a real place or a composite of different locales with which you’re familiar?

A: Although the story is fiction, the backdrop is the real town of Edgewater, New Jersey, which once was named Pleasant Valley and is the name I chose to call the town in my novel.

Q: How did you go about finding the right publisher for this project?

A: I am Patteran Press. I decided to start my own press after waiting months to hear from small presses if they’d accepted my novel manuscript. I’m not in my twenties anymore, so I don’t have the luxury of waiting for long periods of time between submissions.

Q: How have you gone about promoting the book? Which of these activities has been the hardest/easiest?

A: I’ve sent letters to libraries asking about their shelf inclusion policy, sent press releases to newspapers, letters to bookstores, all of them regional and close to the town I write about. I also try to promote the novel on social media, hopefully without being too annoying. The mailing part is easy, but with all the other books out there, I wouldn’t say the results of any self-promotion are easy these days.

Q: What skill sets and experience do you feel you brought to the table as a result of your career path prior to penning Deadlight?

A: For thirteen years I worked for Prentice-Hall’s Art Department, laying out and shooting camera copy for authors’ books. I envied them, so I began writing shorts of my own and submitting to online and paper journals, which I still like to do and is great writing practice.

Q: What do you think readers would be the most surprised to learn about you?

A: I believe my desire to write, just like other authors, comes from a past life memory that was viewed in that life as a positive experience. I also believe there’s a reason we come in contact with each and every person during our time on Earth.

Q: So what’s next on your plate?

A: I’m working on a book of short stories.

Q: Where can readers learn more about you?

A:  Through lasherlane.com, readers can find me on Twitter. I’m also on GoodReads.

A: I want to sincerely thank you so much for this opportunity!